The Instrumented Retaining Wall Facility, which is 7 feet high and 10 feet long, has been developed to study both the factors that control the magnitudes of earth pressures induced by compaction and the influences that wall movements have on earth pressures.  Previous investigations have shown that measuring the earth pressures that results from compaction is difficult because:

The experimental facility at Virginia Tech has been designed to overcome these problems and to achieve accurate measurements of compaction-induced earth pressures at a scale approaching field scale.

For more information about the wall please click here . 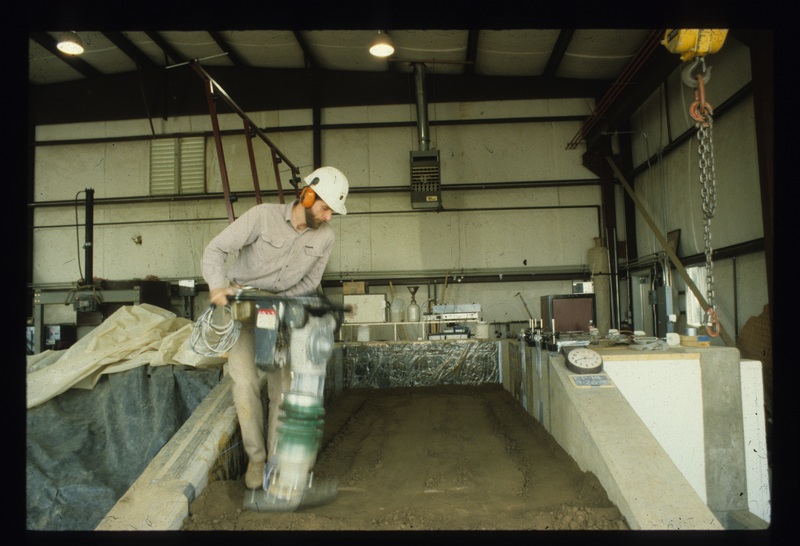 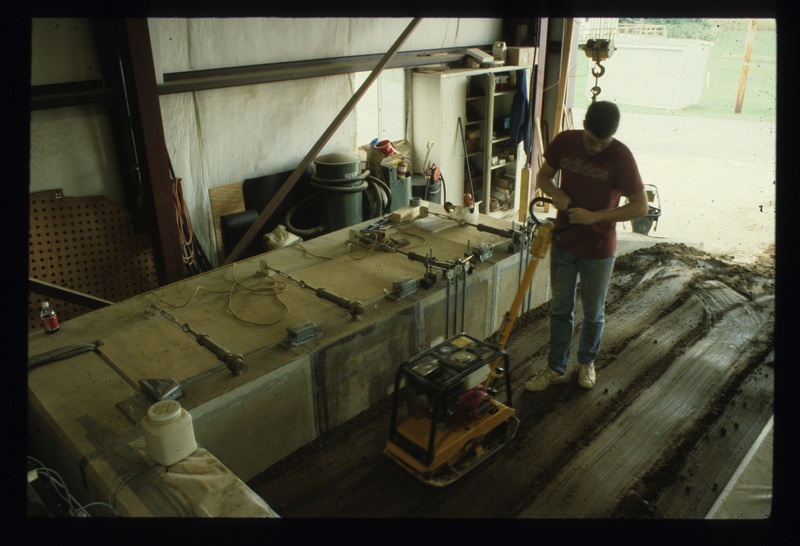 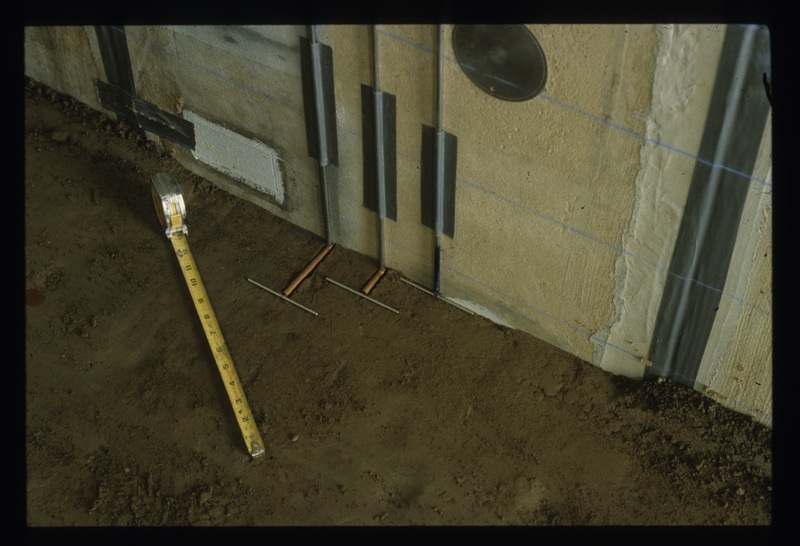 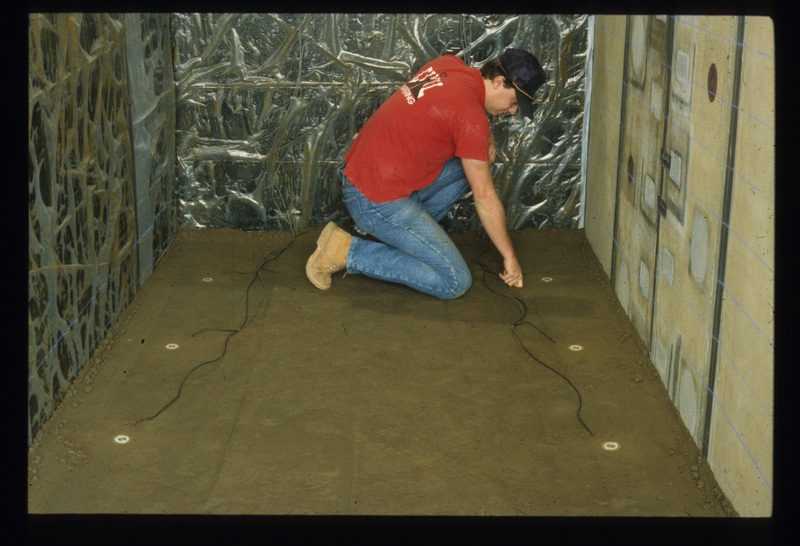