The Geotechnical Laboratory at Virginia has six DigiShear™ Automated Direct Shear Testing System manufactured by GEOTAC. The DigiShear™ Direct Shear is a computer controlled direct shear device that automates testing. It is a complete system incorporating GeoJacs (automated load actuators) for both vertical and horizontal loading, four channels of 22 bit data acquisition, and all necessary sensors. Testing can be performed under closed loop control of deformation, load, or pressure. Specimens can be loaded and sheared in a variety of modes, including constant rate of deformation, constant rate of loading, or application of a series of step loads.

The DigiShear™ system automates the consolidation as well as the shearing portion of the test. Also, horizontal loading can be cycled during shear to determine residual strength. The easy to use DigiShear™ system software is a Windows based program with a user-friendly graphical interface.

However, the system is not restricted to standard testing. A manual option allows independent control of the apparatus for performing non-standard testing. The right side of the screen is also used for viewing plots of real-time data. These enable an operator to make critical decisions concerning the course of testing before it is too late.

For more information about this device please click here.

Virginia Tech is also equipped with a Wykeham Farrance manual direct shear device capable of running tests on 4-inch square samples. In addition to 2.5 inch diameter and 4 inch square samples, a Durham-Geo interface shear apparatus capable of conducting tests on soils and interfaces with samples of 12 inches square.  It has normal load capabilities up to 20,000 pounds with a hydraulic piston, as well as the ability to apply low loads using air bladders and smaller pistons. Also a high capacity direct shear device for rock testing is available. 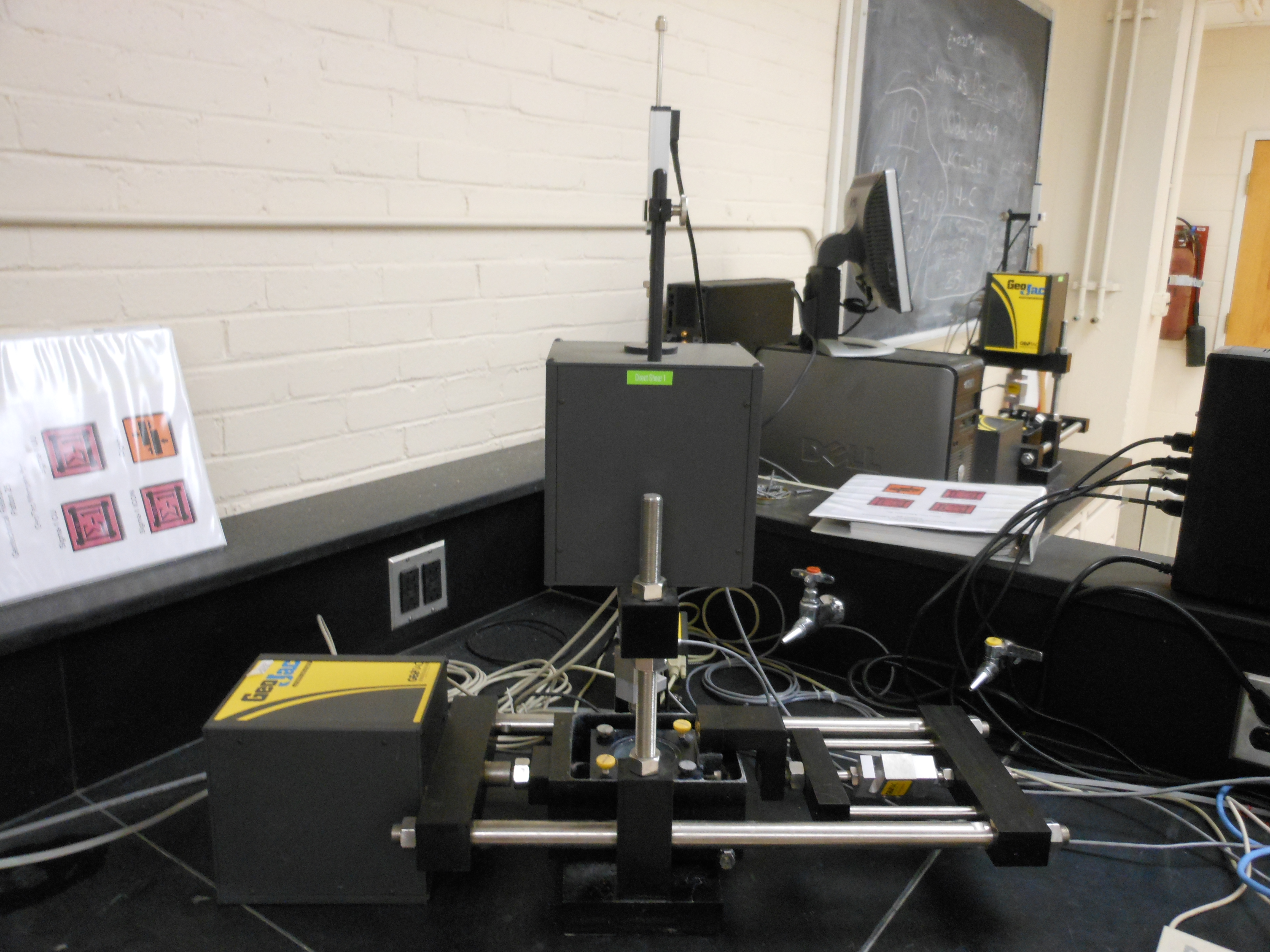 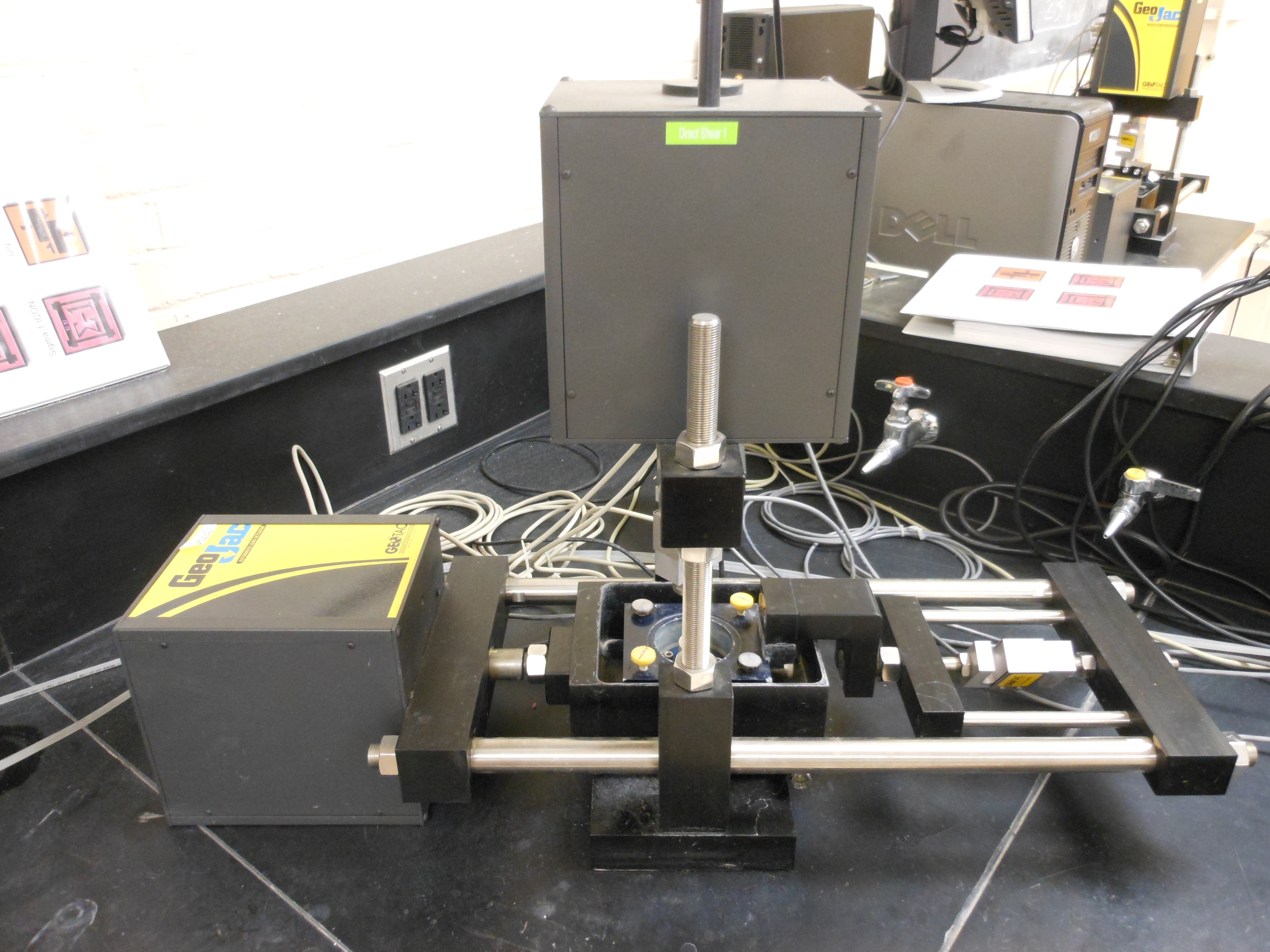 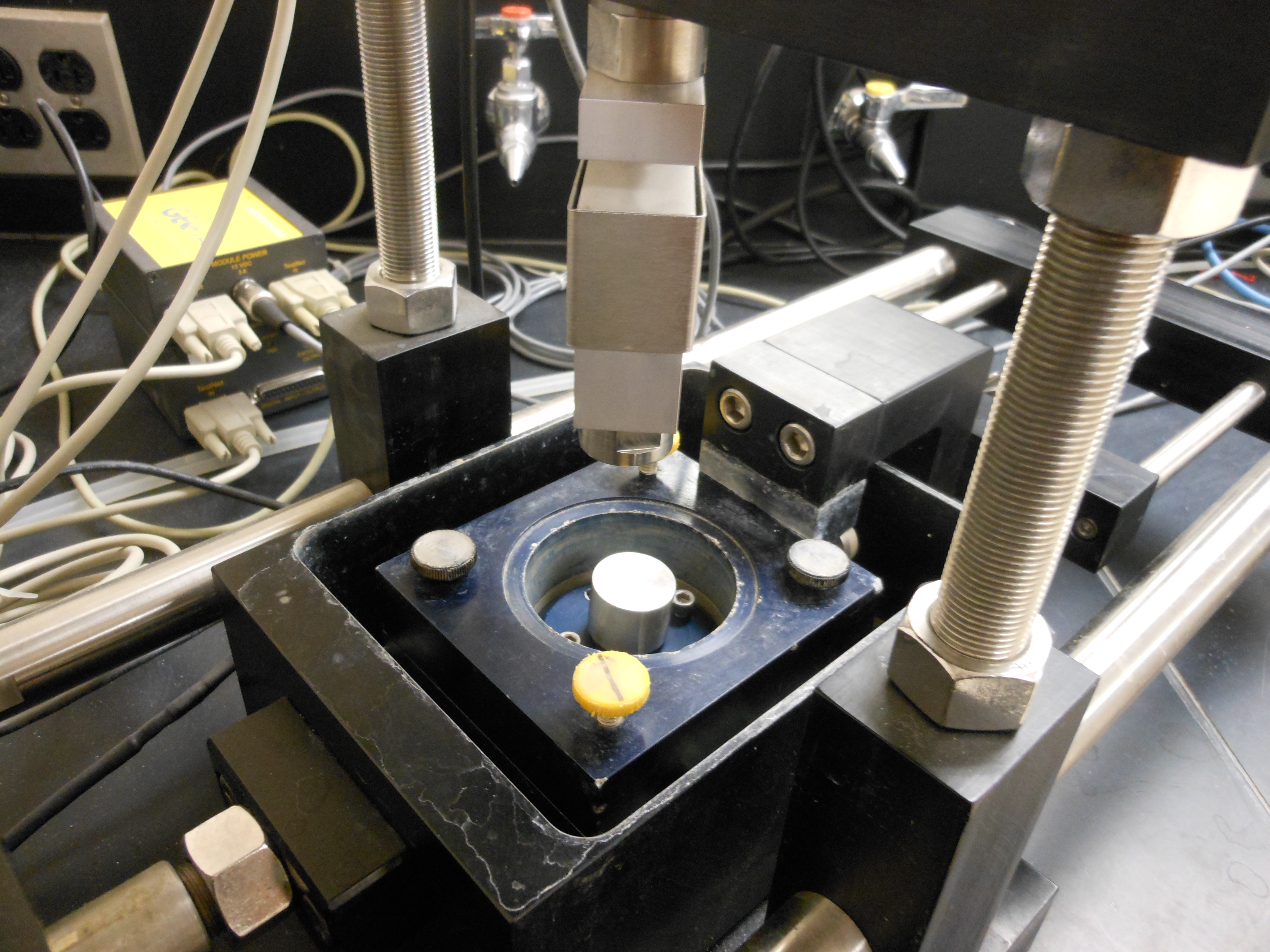 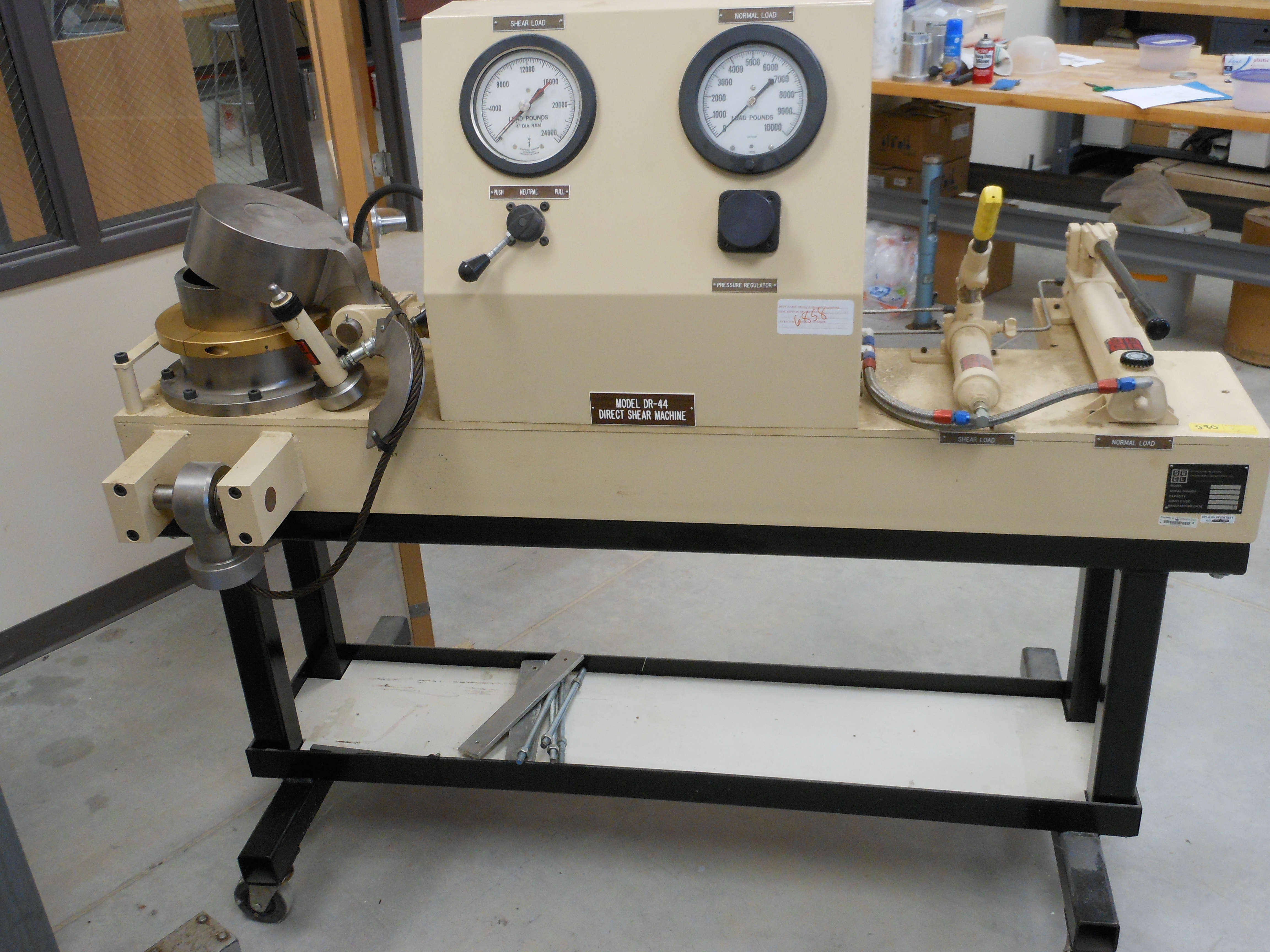 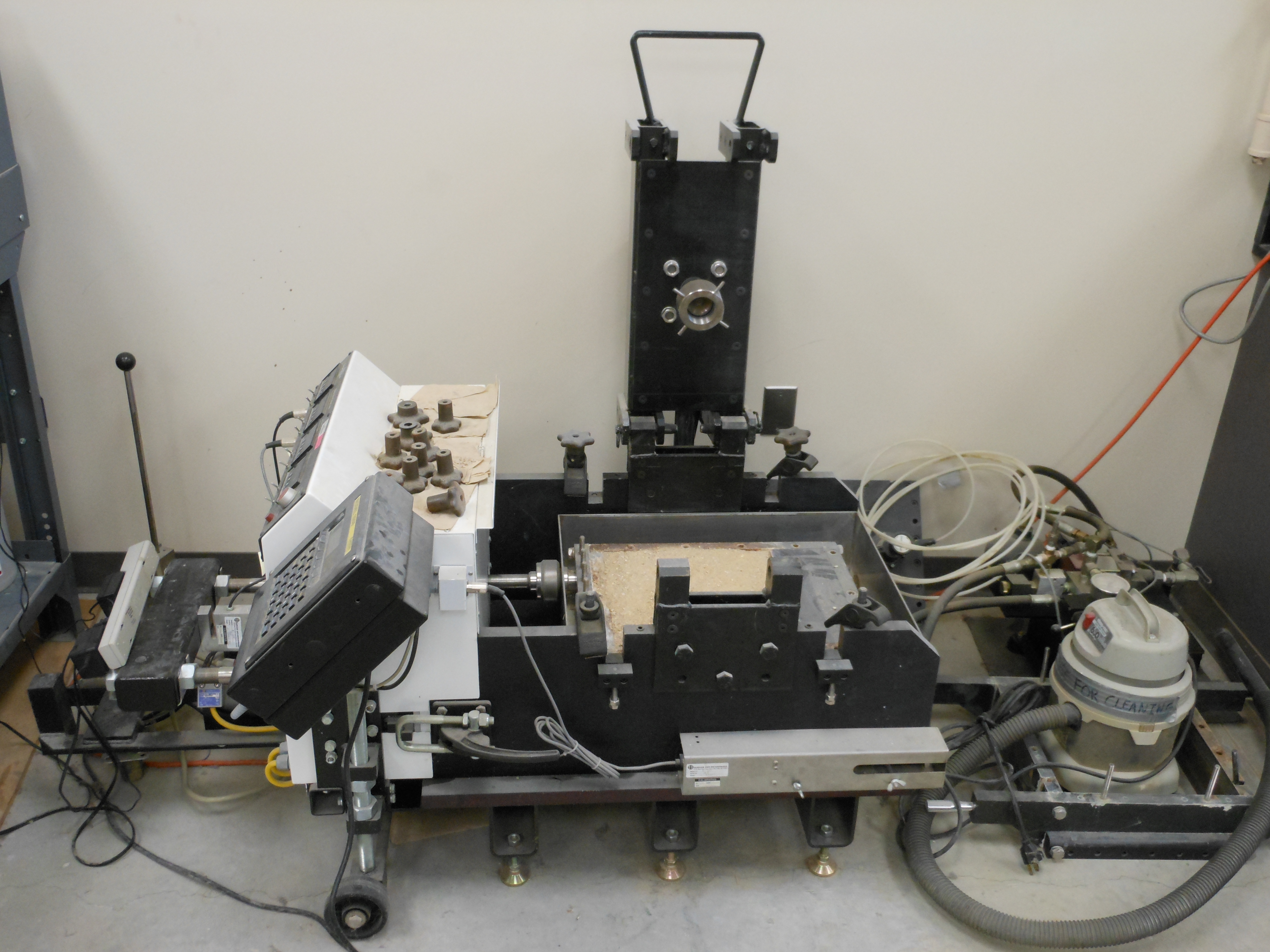